This author has not yet filled in any details.
So far emil.home has created 10 blog entries.

The Passing of Michael Albanese 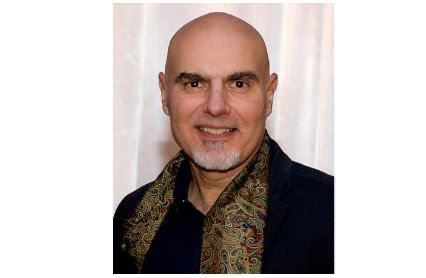 On behalf of the OPCEA Board I am very sad to announce the passing of Michele (Michael/Mike) Albanese on Sunday January 22nd at the still young age of 58. He leaves behind his beloved wife Helma and children Massimo, Adriano and Isabella, his mother Maria and his sister Laura.

Michele graduated with a  Bachelor of Applied Science (BASc) in Mechanical Engineering from the University of South Florida in 1987.

His family, originally from Abruzzo Italy, emigrated to Canada and Michele first  worked for an OPCEA member company Metcon.  He participated in OPCEA activities on behalf of Metcon and that is how I first met him. He was very impressive individual, bright, serious, very polite and well-mannered and very  knowledgeable.

He passed the exams and became a registered Professional Engineer in the Province of Ontario.

Mike stuck out on his own when he founded H2FLOW Equipment in 1992. It was while starting his company he volunteered to serve on the OPCEA board and in 1999 he served as President. In 2006 Michael also started H2FLOW Tanks and Systems, a company specializing in liquid storage solutions.

Michael served on a number of committees of the  WEAO representing OPCEA including the Special Events Committee, the Conference Committee and the Seminar Committee. .

For his significant contribution to the WEAO Michael was inducted in the 5S Society in 2008.

Although a competitor he was  a good friend, as he was to many others in the industry and his presence will be sorely missed.

For this reason, OPCEA has partnered with ConstructConnect, Canada’s leading provider of construction project information, to bring you unparalleled value in the form of discounts on your purchase of ConstructConnect’s Insight platform.  Insight gives you access to the most comprehensive database of project leads and participants, and the software tools to find and manage your ideal projects.

Until December 31, 2022, OPCEA Members can enjoy the following discounts on select Insight packages:

Discount Terms: All discounts are calculated on full book rates for product packages that are part of this offer.  These discounts cannot be combined with any other discounts or offers, including ongoing and/or one-time promotional offers and subscription/renewal incentives.  This offer is only available to new subscribers, defined as companies that have not subscribed to ConstructConnect Insight for the 6 calendar months preceding the date of commencement of the new subscription.

We hope you are able to take advantage of these great exclusive OPCEA Member offers from ConstructConnect and find and win more projects!

A representative from ConstructConnect will call you in the coming weeks to discuss your needs, but if you want to take advantage of these offers right away, please send an email to SalesCanada@ConstructConnect.com and mention your OPCEA Discount.

Thank you to all that participated in the 2022 OPCEA Golf Tournament. It was an incredible experience connecting with some many consultants, contractors, facility operators, and OPCEA members from the Ontario water and wastewater industry. We had a fantastic turnout of 132 players enjoying a beautiful sunny day. A lot of fun was heard across the course with some groups recording extremely competitive scores. We had a tie for best score with a Wolseley Canada Inc. group and Vissers Sales Corp. group both posting a blistering 13 under par.  The Visser Team had a better handicap and came out on top!!

Congratulations to Grant Stanley, Miles Long, Kevin Jackson and Craig Brooks for winning the 2022 OPCEA Golf Tournament. This team was also the winners of the Water for People Grand Prize that was donated by Flowpoint Environmental Systems.

A special thank you to all our tournament hole sponsors.

As mentioned during the tournament, OPCEA strives to support Water For People (WFP) at our yearly event. Water for People Canada would like to thank OPCEA Members for your ongoing support. The winner of the 50/50 draw was John Devlin from Aquafy Water Technologies, who graciously donated his winnings to WFP.

Thank you again for your support, we look forward to seeing everyone at the 2023 OPCEA Golf Tournament.

NOTICE OF THE ANNUAL GENERAL MEETING

The Annual General Meeting of the Ontario Pollution Control Equipment Association (OPCEA) took place via zoom meeting on the 20th of April 2022 at 3:00 pm.

We look forward to the 2023 meeting, hopefully in person.

ConstructConnect now partners with MasterSpec, a product of the American Institute of Architects and the leading software that houses specifications for various products and companies for architects to access and complete the writing of their own specifications.

For example, Wolseley can sign up for an enhanced listing that will list the specs and details of a butterfly valve. If an architect is looking to design a WasteWater Treatment Plant and is need of writing in butterfly valve, then a list of companies would be brought up matching his requirement. This leads to having a products in front of over 10,000 architects without having to reach out to them on a regular basis. Combined with ConstructConnect data, listing your products in MasterSpec will allow you to get in front of architects and engineers earlier, find specific projects where you are specified, and track your success.

This is typically meant for companies that have the ability to sell across Canada and US.

The 35th edition of the live, three-day economic conference was held virtually Sept. 29 to Oct. 1 due to the COVID-19 pandemic. The theme of this year’s conference was The Perfect Storm and it focused on forecasts against an unknown COVID-19 backdrop.

Webinar Videos and Presentations are now available to our OPCEA members only, and are password-protected. Should you wish to view them, please send an e-mail to opcea@opcea.com for the password.

Link to Videos and Presentations is available here.

OPCEA strives to support Water for People at all of our yearly events, as was mentioned on the 1st Tee at the Golf Tournament.  Please take a moment to review their message below, and your donations are always appreciated!

Water for People Canada would like to thank OPCEA Members for your ongoing support. Although we could not be with you this year to put your putting skills to the test, we’d like to remind you of Water for People’s ongoing efforts in developing sustainable sanitation. As you know, access to hand washing is one of the most effective measures in managing disease, including COVID-19. Please take a glance at our website to see the latest in WFP’s work and if you are able to, a donation would be most welcome. Thank you!

The OPCEA Board of Directors is  pleased to welcome Rebecca Alexander as the new Executive Administrator for OPCEA.  Rebecca is part of the Tracy Blyth & Associates Association Management Company and  has worked in the not-for-profit sector for over 25 years.

Her experience with Associations comes not only from working with not-for-profits but also assisting with events, education while volunteering on membership, sponsorship, recruitment and events committees. Rebecca has been awarded numerous awards for her dedication and vision.

This Committee represents WEAO members with 5 or fewer years in the industry, and under the age of 35. Its primary goal is to recruit, develop programs for, and encourage the participation of Young Professionals in the activities of the Association.

Visit the WEAO YP webpage for contact information. in our industry to get involved, learn and network. Our associate organization WEAO (Water Environment Association of Ontario) has an excellent program for helping new professionals get involved.

This Committee represents WEAO members with 10 or fewer years, or under the age of 35, in the wastewater industry. Its primary goal is to recruit, develop programs for, and encourage the participation of Young Professionals in the activities of the Association.